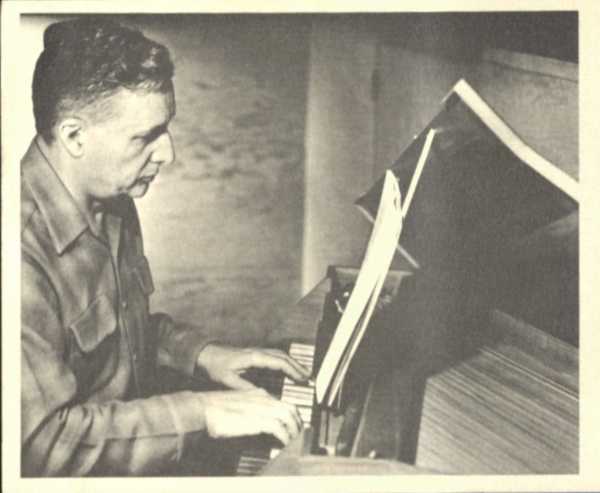 “From 1937 to 1962 [Peter B. Yates] was a functionary at the Calif. Dept. of Employment in Los Angeles, but this bureaucratic occupation did not preclude his activities as a musical catalyst. In 1939 he inaugurated on the rooftop of his house in the Silver Lake district of Los Angeles a chamber concert series which was to become an important cultural enterprise in subcultural Calif., under the name ‘Evenings on the Roof,’ he served as coordinator of these concerts from 1939 to 1954, when they were moved to a larger auditorium in downtown Los Angeles and became known as the ‘Monday Evening Concerts.’”

“Monday Evening Concerts, far and away the longest-running new music series anywhere and one that has played an important role not only in Los Angeles but in the history of 20th century music…

” The purpose of the programming was to explore the unknown, and that included neglected early music…”