Although it’s an east coast company, some of the H. J. Heinz descendants were in southern California.

The family’s story is complicated. Click on the link to learn more about them.

A nice reserved seat cost $2.20 for the January 2 event. A spread from an unidentified magazine shows the Culver City entry at top center and some under-construction views. The float at the lower right is built directly onto an automobile. The parade theme was Golden Memories.

Here are details from the Tournament of Roses website:

The Rose Parade celebrates its 50th Anniversary. Grand Marshal Shirley Temple – the youngest GM ever – presides over the parade.

The first telecast of a special event from the Tournament of Roses took place on station W6XAO of Los Angeles, with commentator Don Lee describing the January 1 evening preparations of the Royal Court. Parade and game held on Jan. 2. 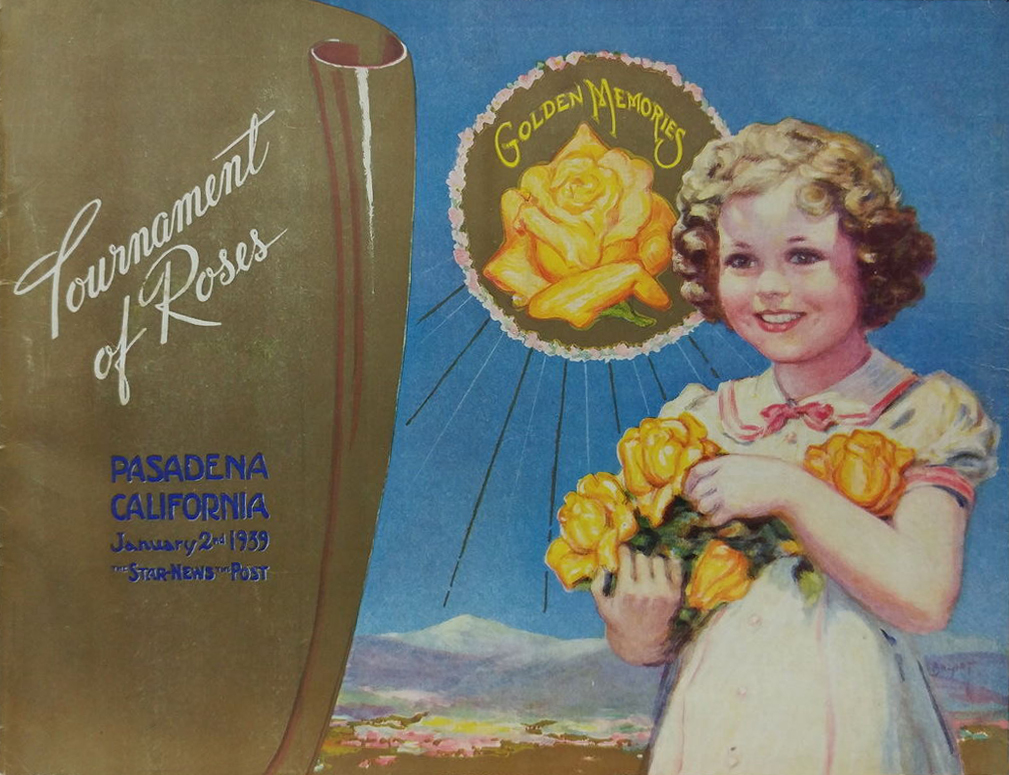 People at the Santa Fe depot in Pasadena. The railroad car in the background is a Lightweight Delux Chair Car built in 1938 for the Golden Gate train that ran between Los Angeles and San Francisco.